posted by Kathryn on June 22,2015 in Missionaries

Even though I never knew Elisabeth, she seemed to always be present in our family. Her books were threaded through my mother’s bookshelves … and then in mine. My grandparents were Plymouth Brethren missionaries at the same time as Jim and Elisabeth Elliot and reading her books gave me an idea of what their lives must have been like as missionaries in South America. Her books also helped me to understand where my father was born and how life may have been while he was growing up. Through her book Passion and Purity, I learned what it meant to wait on God’s timing and how to trust Him even when everything seems lost. She said once “God never denies us our hearts desire except to give us something better.” Her life is a testimony to that truth. 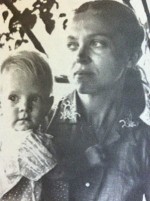 On January 8, 1956 Jim Elliot, Nate Saint, Roger Youderian, Ed McCully, and Pete Fleming gave their lives in the service of our Lord. Because of them, many other young people submitted their lives to God and went to the mission field. Untold numbers of people have been saved because of their courage and their determination to submit to the will of God.  In 2005, a film entitled End of the Spear told the story from the perspective of Steve Saint (son of Nate Saint) and Mincayani, one of the tribesmen who killed these men. The story of Jesus’ forgiveness and love was not only shown to the Aucas, but was also shown to people throughout the world upon hearing the story of these brave men and women.

She was captured by Christ. She was not her own. She was supremely mastered, not by any ordinary man, but by the King of the universe. —John Piper 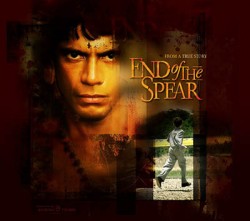 After this group of men were martyred by the Auca/Huaorani Indians in Ecuador, Elisabeth continued for two years to work with the Quichua Indians. Two Huaorani women living among the Quichua, including one named Dayuma, taught the Huao language to Mrs. Elliot and Rachel Saint. When Dayuma returned to the Auca, she created an opening for contact by the missionaries. In October 1958, Mrs. Elliot went to live with the Auca people with her three-year-old daughter Valerie and Rachel Saint. These young widows, walked with a child through the jungle to minister to the same people who had killed their husbands. Who does that? Who has that kind of strength?

Even though Elisabeth is gone from this world, I will not miss her … because her books will still be on my shelves and in my heart. I am certain that she is enjoying a great reunion today with Jim and the rest of her friends (and possibly even my grandparents) … and one day I will get to join them all.

Following is the story of Elisabeth’s life in her own words: 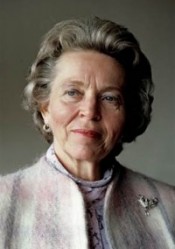 My parents were missionaries in Belgium where I was born. When I was a few months old, we came to the U.S. and lived in Germantown, not far from Philadelphia, where my father became an editor of the Sunday School Times.

Some of my contemporaries may remember the publication which was used by hundreds of churches for their weekly unified Sunday School teaching materials. Our family continued to live in Philadelphia and then in New Jersey until I left home to attend Wheaton College. By that time, the family had increased to four brothers and one sister. My studies in classical Greek would one day enable me to work in the area of unwritten languages to develop a form of writing.

A year after I went to Ecuador, Jim Elliot, whom I had met at Wheaton, also entered tribal areas with the Quichua Indians. In 1953 we were married in the city of Quito and continued our work together. Jim had always hoped to have the opportunity to enter the territory of an unreached tribe. The Aucas were in that category — a fierce group whom no one had succeeded in meeting without being killed. After the discovery of their whereabouts, Jim and four other missionaries entered Auca territory. After a friendly contact with three of the tribe, they were speared to death.

Our daughter Valerie was 10 months old when Jim was killed. I continued working with the Quichua Indians when, through a remarkable providence, I met two Auca women who lived with me for one year. They were the key to my going in to live with the tribe that had killed the five missionaries. I remained there for two years. After having worked for two years with the Aucas, I returned to the Quichua work and remained there until 1963 when Valerie and I returned to the U.S.

Since then, my life has been one of writing and speaking. It also included, in 1969, a marriage to Addison Leitch, professor of theology at Gordon Conwell Seminary in Massachusetts. He died in 1973. After his death I had two lodgers in my home. One of them married my daughter, the other one, Lars Gren, married me. Since then we have worked together.